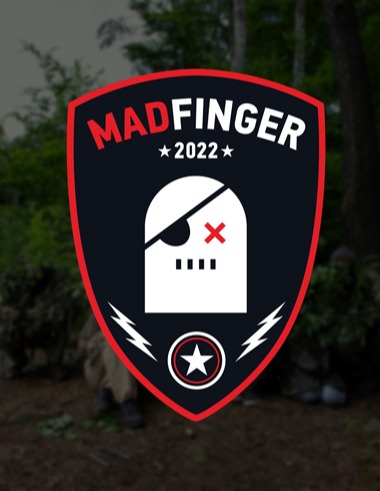 When making a hardcore FPS with a focus on realism, it’s good to have some hands-on experience with all things military, tactical, survival, and just plain uncomfortable. That’s why we’ve spent a day running in the forest, carefully listening to our instructors, the majority of them with a background in special forces, and completed various tasks of varying complexity and grossness. What follows is an account of one of the survivors…

When we first arrived at the resort in the middle of the forest, we could hardly imagine what would happen, but once the instructors randomly sorted us into six teams, the fun began!

Unsurprisingly, one of the essential things necessary for survival in difficult situations is to hide. Hence the first thing we went through was creating a proper camouflage. 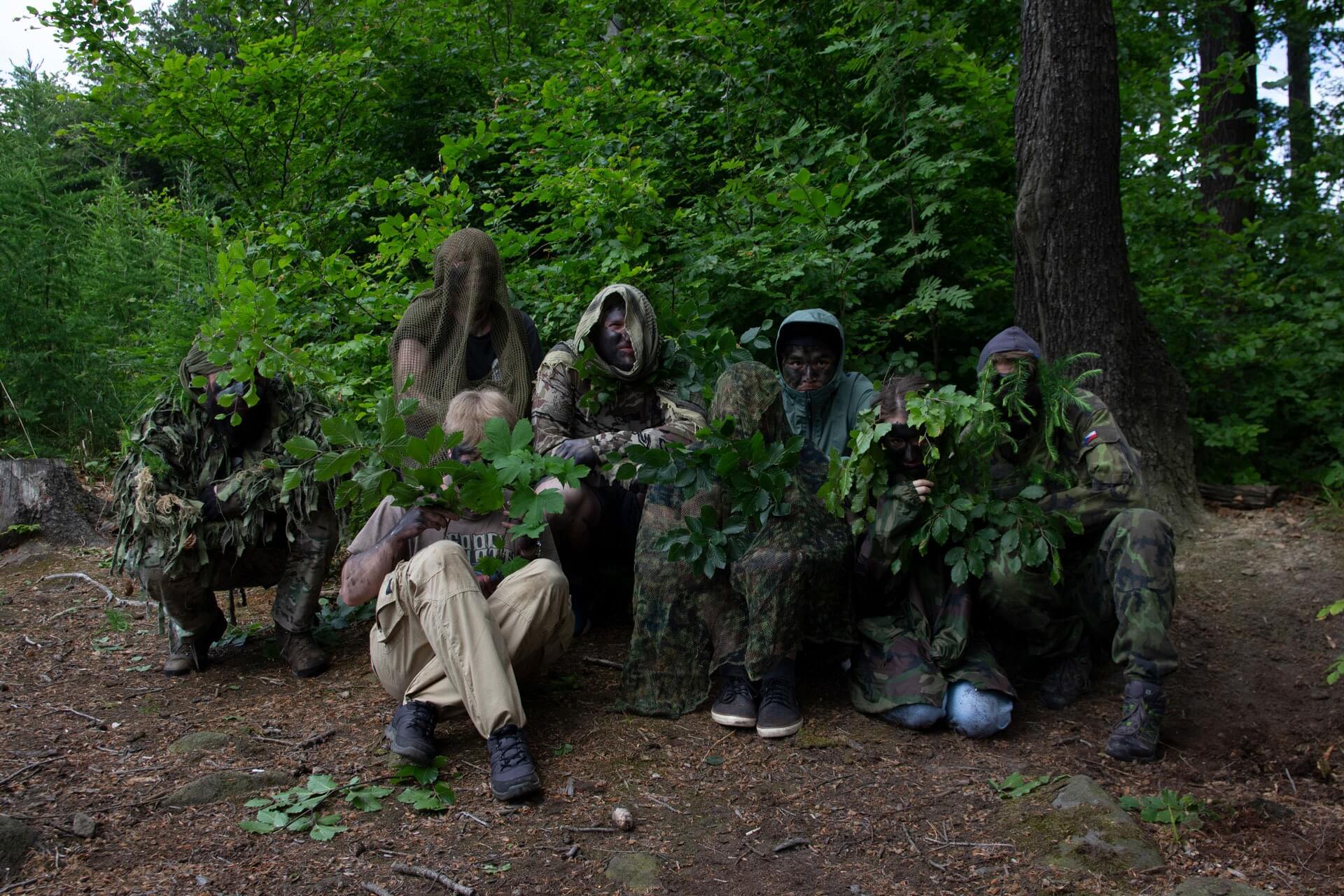 Once our looks were ready so that not even our family would recognize us, we set out on an adventure! Part of our equipment was the so-called “Meal Ready-to-Eat,” durable food that does not require any other unique tool for its preparation. Nevertheless, knowing how to start a fire is something that proper survivors should know, not just for food preparation. And we were good at it. 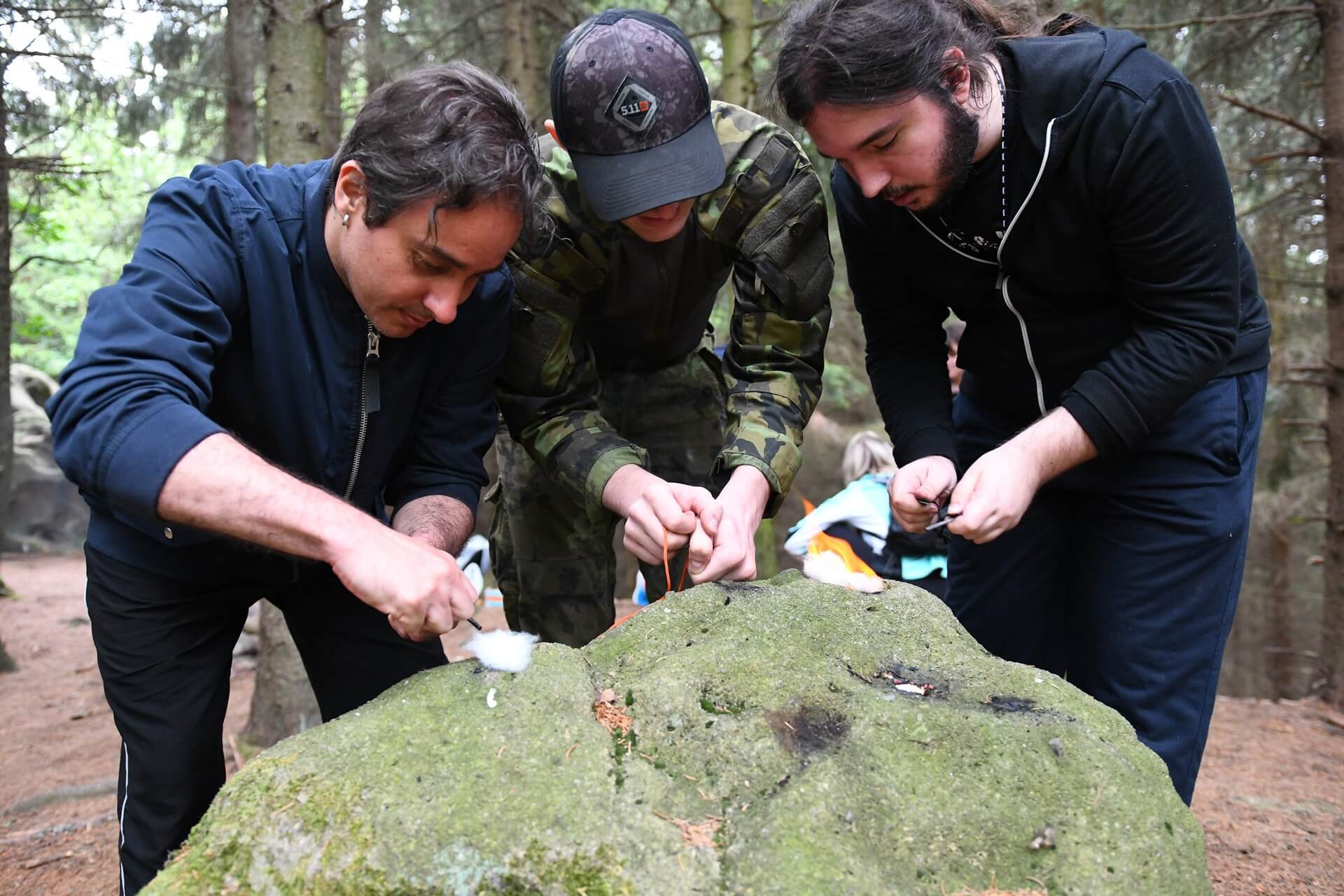 Life-threatening situations could include unpleasant conditions like captivity or health problems. So we’ve tried not just how it feels to be a hostage but also learned how to deal with such a situation and possibly escape. 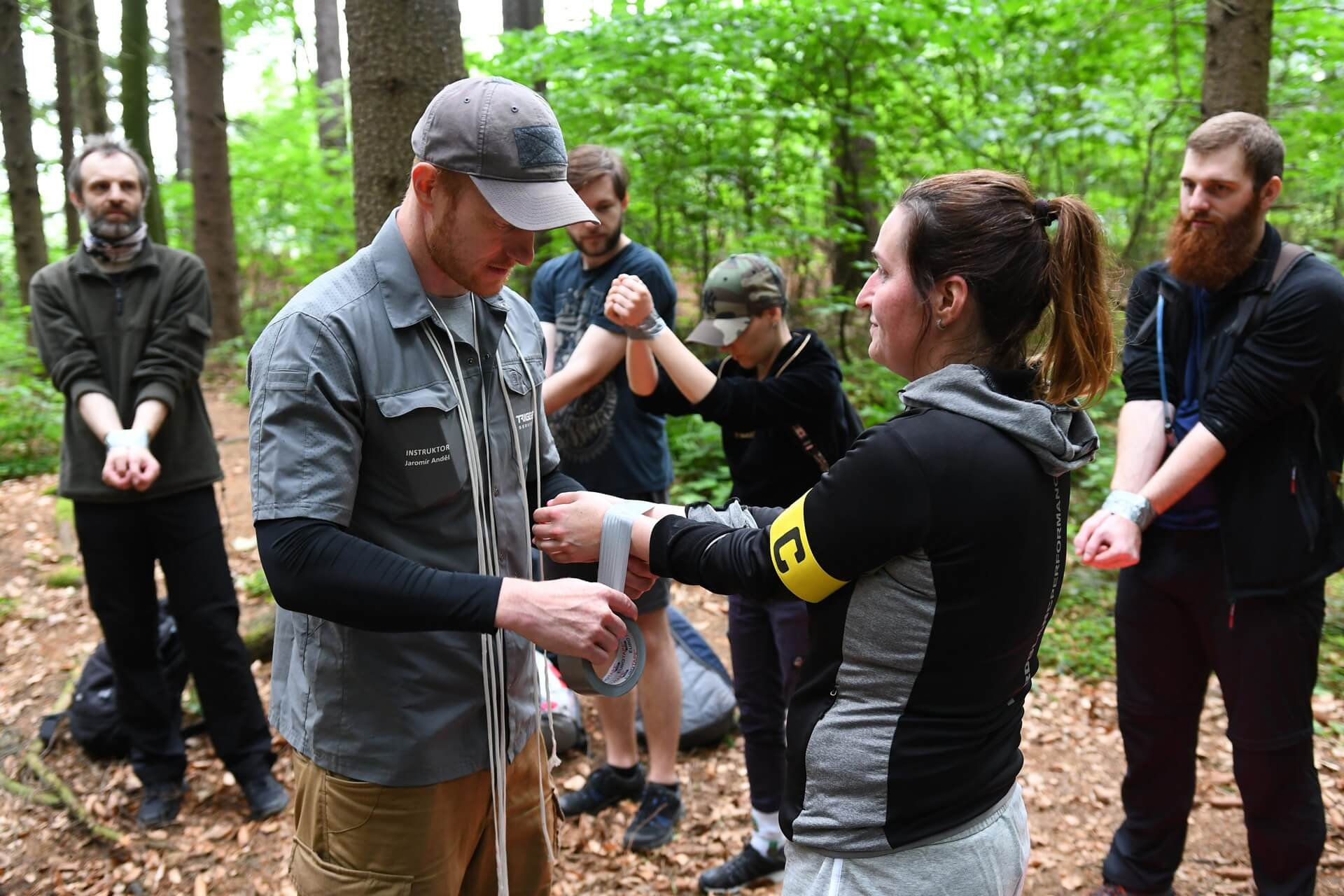 Some of us even dared to try what it feels like to have the airways loosen in a rather terrifying way. 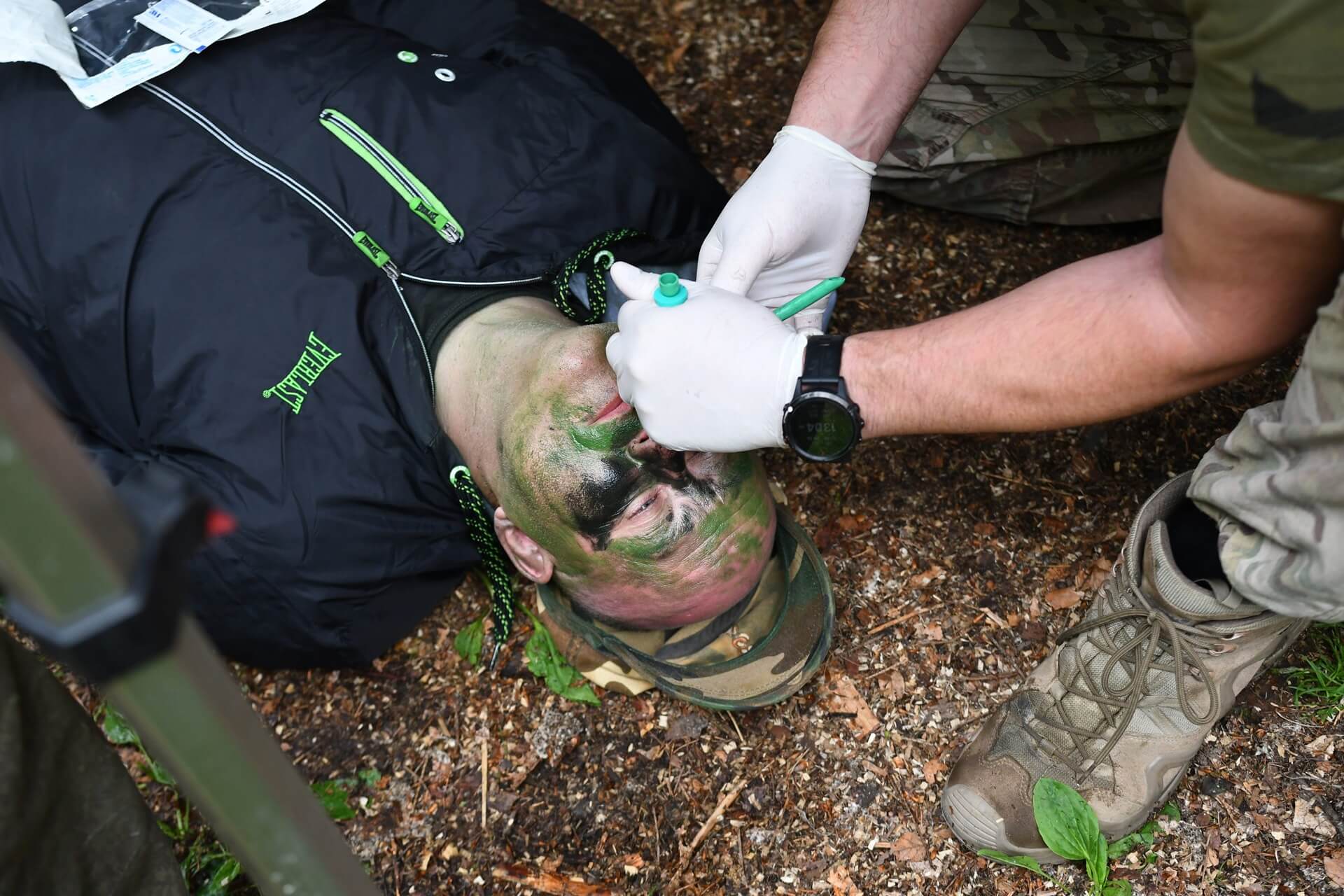 Lastly, what MADFINGER Boot Camp would it be without a shooting range? We’ve gone through tactical training and finished the crazy experience by shooting with FX ammunition that sounds practically like live rounds. 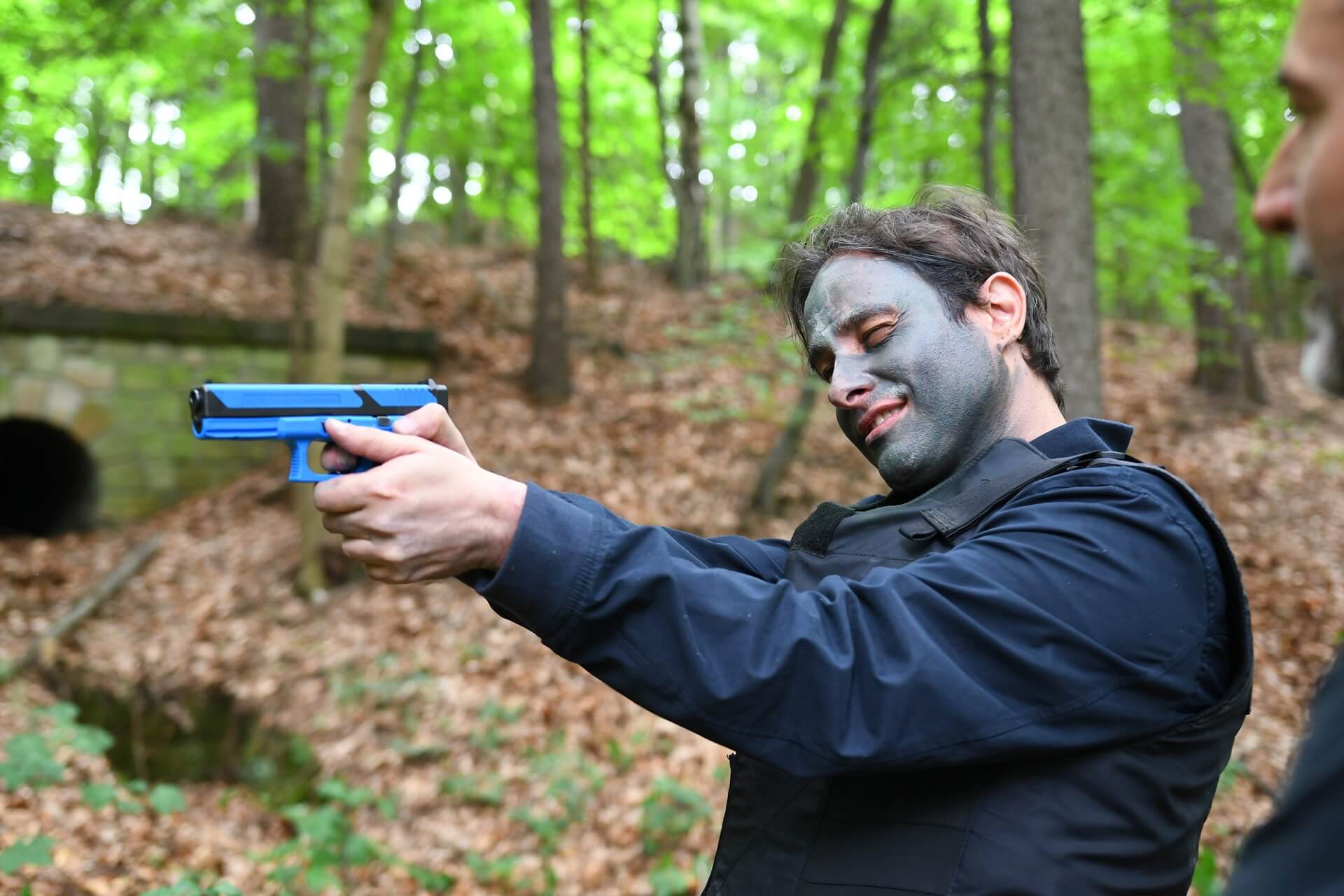 The rest of the day was marked by chilling, enjoying good food, and drinking till the late hours. Big congratulations not just to the winning team but to everyone brave enough to participate. 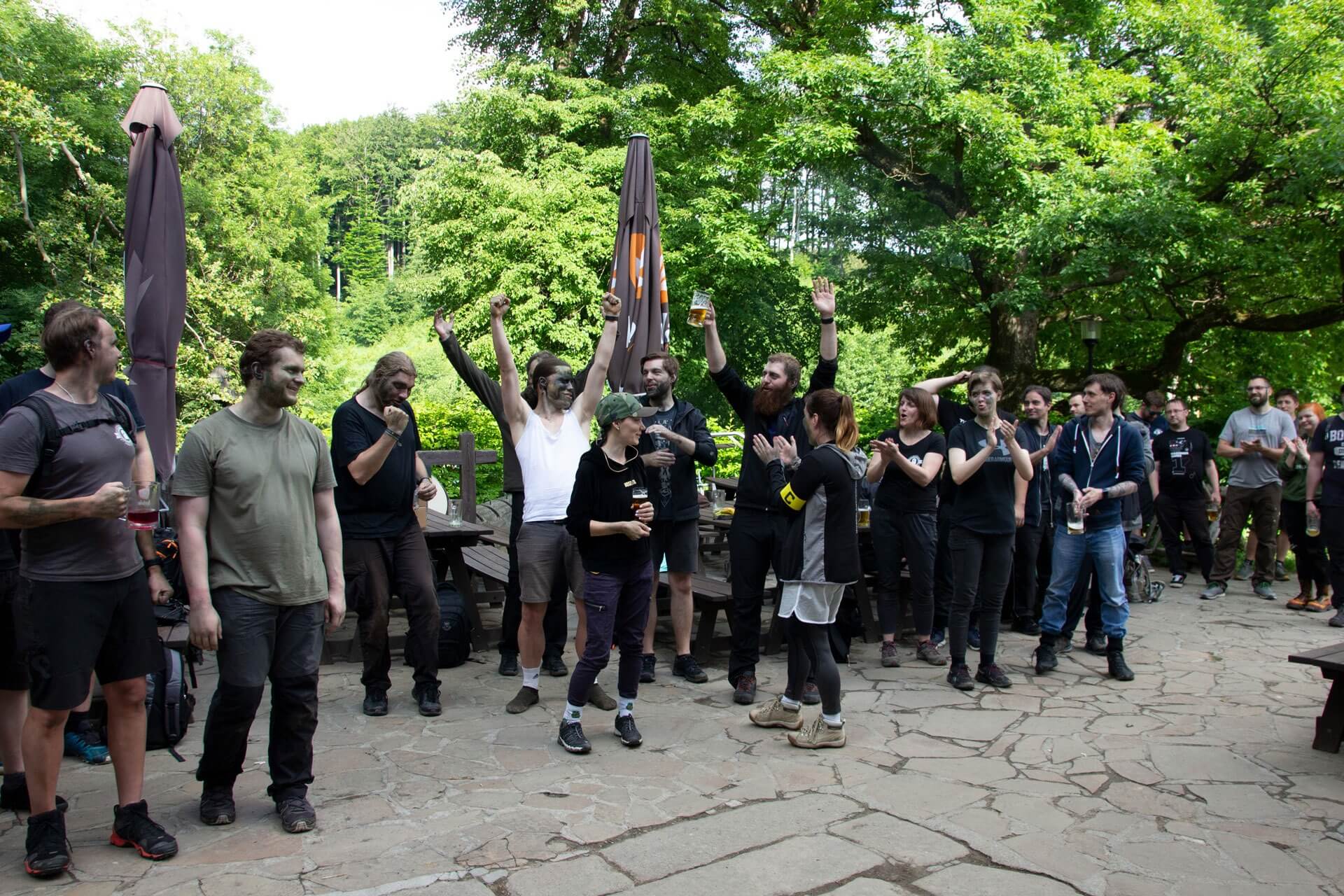 …hopefully, new faces will join us on our next adventure!