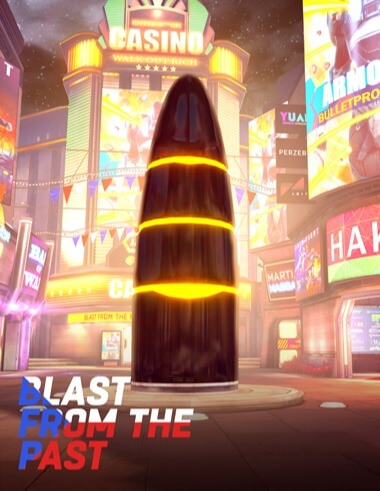 We are thrilled to announce that we’ve joined the Czech and Slovak Games Week event, that’s been created to promote and celebrate great games from both countries. Running from November 15 to November 22, some of the best games from the Czech Republic and Slovakia are now featured (and quite often on sale) on big digital platforms such as Steam, GOG, Microsoft, Nintendo and Playstation stores, Google Play, App Store and others.

This year, the event also serves to commemorate the 17th of November, celebrated by all the people of former Czechoslovakia to remember the events that happened in 1939 and 1989. Currently, this holiday is known as the Struggle for Freedom and Democracy Day.

We have decided to not just have one of our games featured, but also add a little bit more to the mix. That’s why during this week, you can enjoy the brand new Blast from the Past event in Shadowgun Legends, in which you can learn a bit about our history while blasting Torment scum and collecting awesome rewards. The Hub has also gotten a makeover with a strange monument looming in its centre. And yes, we know what you all think about its looks, BUT it is an actual astronomical clock that really stands in Brno, the city where MADFINGER Games resides…

But yes, it definitely looks like a big black… clock, right? ;)