Hey, what’s up? Can you tell us what you are doing at MADFINGER right now?

Right, recently you’ve changed positions and went from being a game tester to working on the designs for our new project. Would you say your experiences in Quality Assurance prepared you for the new challenges ahead? If so, how exactly?

Speaking of your time as a game tester, do you remember some bugs or issues that stick out, either for being funny or just downright terrible?

Working as a game tester is an entry point into game development for many people. Do you have any advice that you’d like to give them?

What would you say is the biggest difference between your old position and now?

Let’s talk about games. Do you play, and if so, what are your absolute favorites, both old and new?

And besides gaming and work? Any other hobbies or interests?

Thank you very much for the interview! 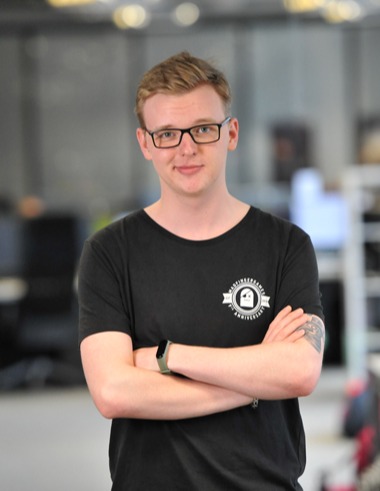