Hey there, could you tell us who you are and what you do at MADFINGER?

As one of the founders of MADFINGER, you’ve probably seen a lot of changes during these past 11 years. What would you say is the biggest difference between the studio then and now?

Your quote on our website states that you see MADFINGER as “The Beatles of the video game industry”. Could you elaborate on that?

And do you still have fun even after more than 10 years in the industry? What do you enjoy the most?

What about sound in video games? How much impact do you think it has on the gaming experience?

And video games overall? Do you still play games, and if so, what are your favourite ones right now?

And apart from gaming or working on games? What other hobbies do you have?

Thanks for the interview. 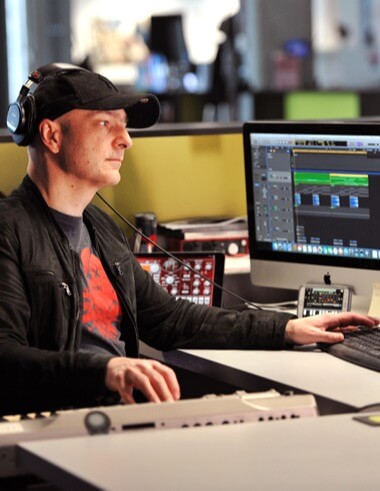